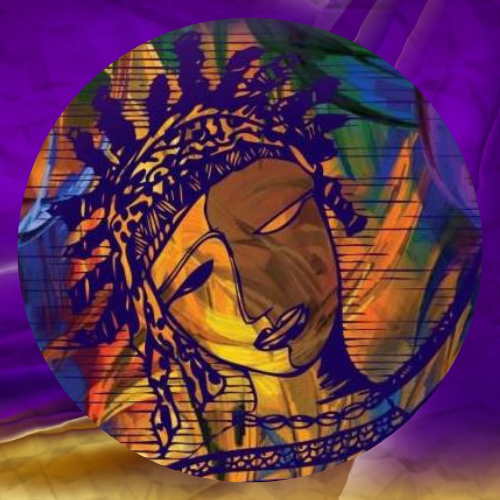 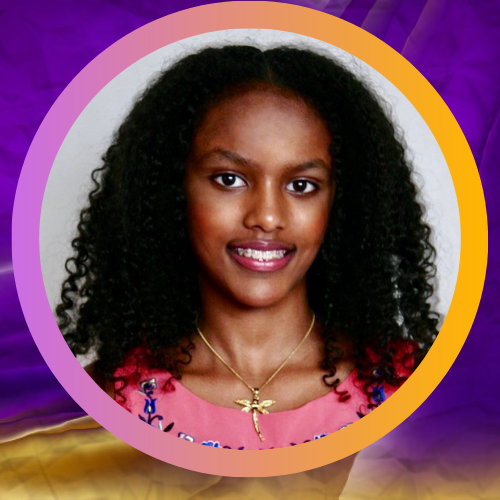 If You Wish To Be Inspired,, Be Inspiring!

Anaya Lee Willabus is a thirteen year old award winning author of 4 chapter books, poet and visionary who enjoys reading and playing sports. Anaya was born and raised in Brooklyn, where she resides with her parents and two siblings.

At the age of two, Anaya was taught to read. Thereafter, she began to memorize books, demonstrating an acutely photographic memory. Anaya immerses herself in reading books of all genres throughout the year.

During the summer, she grew very fond of the summer reading initiative promoted by then Assemblyman, Alan Maisel. Mr. Maisel’s “Summer Reading Program” of which her school supported, proved to be a motivational challenge, as each year, she sought to surpass the previous year’s book total.

Anaya reads in excess of forty books during the summer. To maintain her comprehension skills, her parents challenged her to write detailed essays on many of the books she enjoyed and to illustrate her favorite part. With such development, Anaya enjoyed writing and expressing her opinion of her findings and further build on her literacy skills.

Although Anaya thoroughly enjoys reading, she believes that it is incredibly important to have a balanced and fit lifestyle! She enjoys spending time playing her favorite sport, Soccer. In her free time, she plays with her dolls, goes to the park and spends time with her family. Anaya aspires to be a well known author and teacher when she grows up. 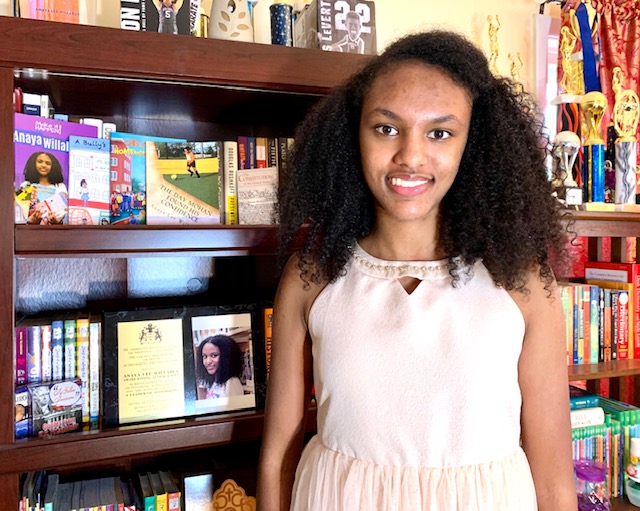 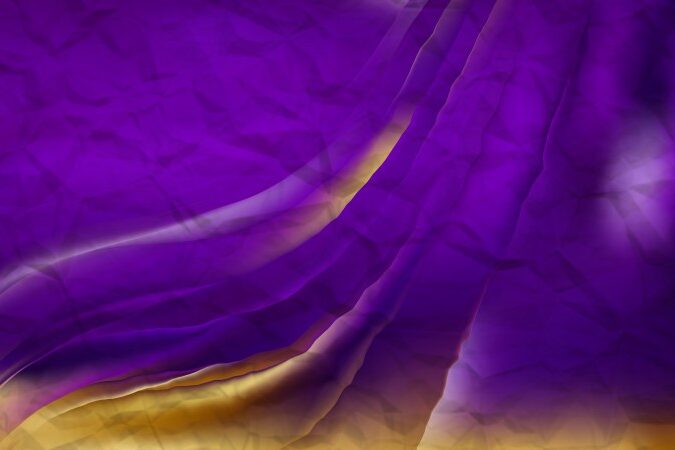 Anaya’s first book, “The Day Mohan Found His Confidence”, was written after her inaugural trip to her parents homeland of Guyana, South America in April of 2014. Upon her return, she started jotting notes from her visit, documenting cultural differences. Her composition of writings seemed worthy of her parents attention and was thereafter drafted on the computer. For over a year, Anaya’s writer’s-flow, which happened at any time, continually developed into her first published chapter book on May 30, 2015. This development crowned her as the first child in US history to write and publish a chapter book at eight years old from Brooklyn, New York.
In the summer of 2015, Anaya went on an extensive book tour which included Canada, Guyana, several schools and churches both locally, nationally and internationally. Anaya’s goal was to promote and motivate other children to continue to ‘read’ and ‘give back.’   Also, over 500 books were donated to the less fortunate children throughout Guyana, South America. The government of Guyana bought an additional 500 books that were distributed to local schools throughout the country.

Anaya’s third book, “Checo & the Homework Passes” was published on May, 2017.

Anaya’s 4th book- “Make it Happen”-Anaya Willabus is part of a series with several other inspirational authors. December, 2018.

Some of Anaya’s Awards and Accolades from 2015- Present:
In June, 2015, Anaya received a ‘Legislative Resolution,’ from New York State’s Assemblywoman Roxanne Persaud in Albany for her achievement.

August 30, 2015, Anaya received a ‘Certificate of Achievement’ from the Guyana Day of Brooklyn Association.
September 2, 2015 she went on to earn the Guyana Cultural Association Literary Contribution to Guyanese Heritage Award,’ (New York Chapter).

February 25, 2016, Anaya was recognized by the Brooklyn Borough President Mr. Eric Adams. She received the ‘Black History Month Award’ as part of the celebrations in highlighting African Americans who play a significant role in Brooklyn’s history.

June 25, 2016 Anaya was appointed the first US ‘Youth Global Editor in Chief and Coordinator’ of Forum Teen Magazine.

July 20, 2016 Congressman Hakeem Jeffries presented Anaya with a ‘Certificate of Special Congressional Recognition’ for her outstanding contribution to her community.

On January 21, 2017 Anaya was a finalist in the Martin Luther King, Jr. poetry contest.


June 22, 2018- The Senate and General Assembly of the State of New Jersey awarded Anaya with a joint award for her outstanding literary work.


July 13, 2018- received a certificate of recognition for her award winning books and poems by Senator Roxanne Persaud at the Guyana Tri-State Alliance Inc.-‘ Leaders of Tomorrow’ Golden Arrow Head Ceremony.


July 13, 2018- Anaya received the Goldren Arrowhead Award of Achievement and Distinction at the The Cooperative Republic of Guyana 52nd Independence Anniversary celebration presented by the Guyana Tristate Alliance Inc. – Acknowledged as a Leader of Tomorrow.


July 13, 2018- Councilman Matthew Eugene awarded Anaya with a special recognition for her dedication and service to her community at the Guyana Tri-State Alliance Inc.-‘ Leaders of Tomorrow’ Golden Arrow Head Ceremony.


July 13, 2018- Senator Kevin Parker recognized Anaya for her outstanding service and work to empower the youth in her community at the Guyana Tri-State Alliance Inc.-‘ Leaders of Tomorrow’ Golden Arrow Head Ceremony.


March 22, 2019- Senator Roxanne Persaud recognized Anaya at the launch of her 4th book with a Citation.
March 22, 2019- Anaya was recognized by Eric Adams- BP for her organization- The Stalwarts Youth making strides in the community.

June 6th, 2019- Caribbean American Chamber of Commerce recognized Anaya as a young leader within the Caribbean Diaspora and was presented with a Citation from Eric Adams-BP of Brooklyn.

Among Anaya’s many recognitions from her school are: ‘Student of the Month’ and ‘Lead by Example’ awards. For the past three years, Anaya has been one of the top three earners for the St. Jude’s Cancer Research Center.

Upon the first lady of Guyana, South America’s request, Anaya met Mrs. Sandra Granger, August, 2015. Since the publication of Anaya’s first book, she has been able to meet with many political leaders, social activists, community-leaders to speak on the importance of literacy.


Anaya’s extensive work has earned her the respect and recognition from her community, borough and city.
Today, children, especially children of color, look at Anaya as a role model. Anaya’s goal is to inspire other children, like herself, to strive for success and to never give up on their dreams.
She believes that children should always incorporate reading into their daily lives for their future success.


Currently:
Anaya’s first 3 books are available on Amazon.com, Barnes & Noble and at the Brooklyn public libraries.

Anaya’s Non-Profit, ‘The Stalwarts Youth Corporation’ was founded in June, 2016 with Anaya’s initiative to promote reading and writing to children.


Also, to encourage and foster children’s academic improvement with several art, poetry, essay and other contest to stimulate and demonstrate their artistic side.
• Anaya writes for a local Brooklyn newspaper- Canarsie Courier
• Anaya is a Youth Ambassador for ‘Justice’ Clothing.
• Anaya is a straight ‘A’ student.
• Anya is a Soccer player for the Guyana National Junior Team.
• Anaya is the Spelling Bee Champion for her school- 2019 and 2nd runner up in the New York City Daily News Spelling Bee- 2019.


In speaking with Anaya, she emphasizes that this generation, while seemingly overwhelmed by technology, is full of children like her, who still believe in the traditional way of learning…the reading of a good book!
Anaya Lee Willabus’ mottos are, “Reading and Writing will always be a part Of Life” and “Continue to Dream Big”! 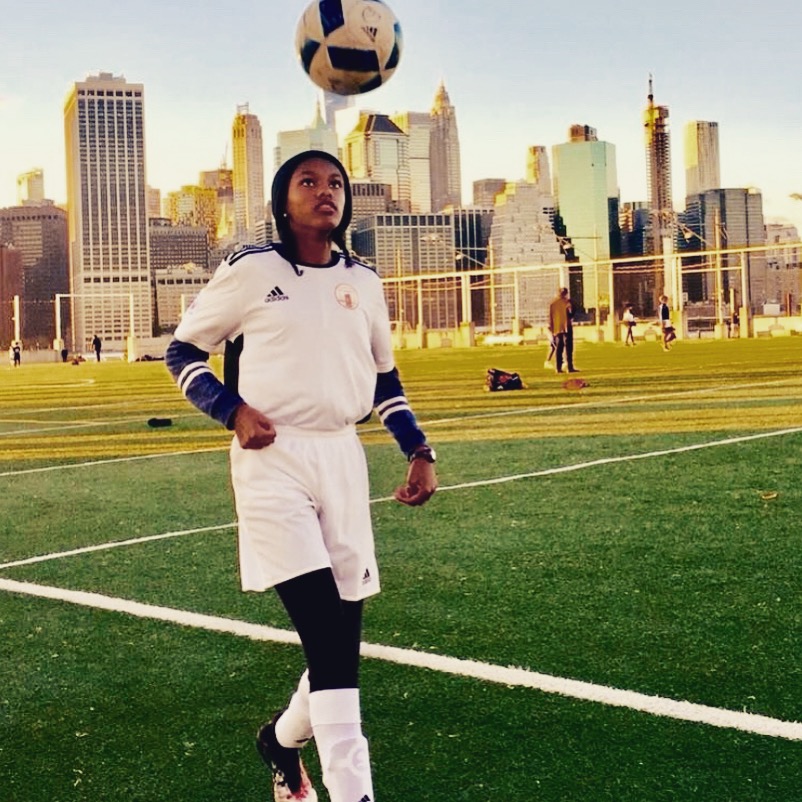